The UK's No.1 Chrysler Owners Forum


30 replies to this topic

During this enforced period of lock down, I find the battery (which struggles when its not used regularly) really suffers as it's now a few days between use. Consequently top ups from the charger are the order of the day.

However as an alternative I've now bought one of these :-

with the aim that when I've used the car, and know I'm not going to use it for a while, I can stop the drain.

I did have something similar many moons ago on an old Landie, but this new one has a fused loop wire, the purpose of which I do not know, other than is it a bypass to keep the alarm powered ?

If anyone who knows what the wire is actually for, please let me know

Yes, the bypass is to keep an alarm powered or retain radio settings or anything else you connect it to. The problem is that this may still allow your battery to drain unless you connect it to a specific circuit that you know is not causing the drain.

Best to leave the bypass disconnected unless you are sure of the above.

Another reason for the bypass was to keep normal functions of the vehicle but if the starter was engaged then the bypass fuse would blow and the vehicle couldn't be started. Unless of course the thief could pop the bonnet and reconnect it 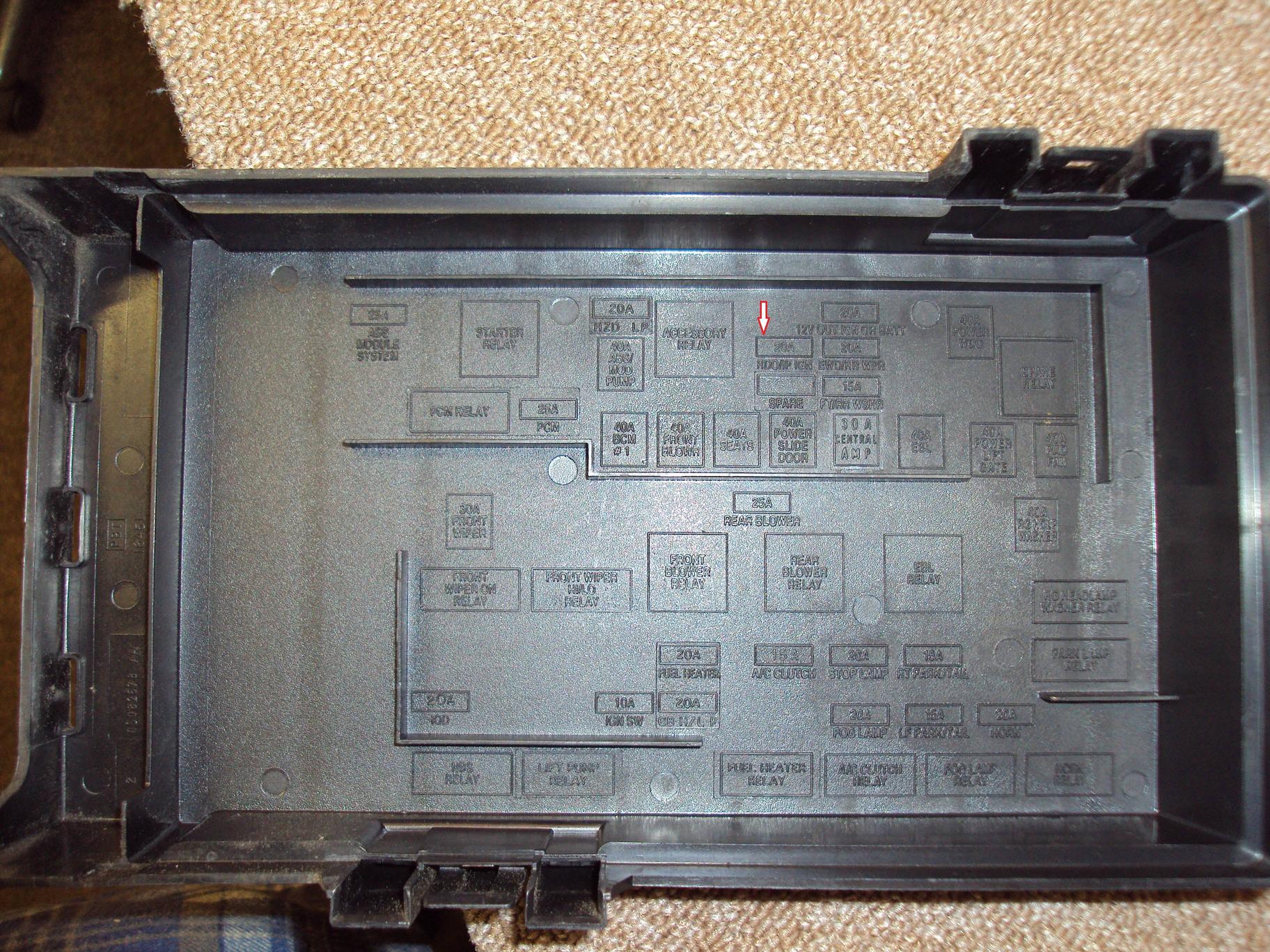 Tried fitting the Isolator to find it only fits to the narrower 'neg' terminal and not the 'pos' terminal, which I'm sure is different from before as I am now breaking the 'Earth' and not the supply

. Anyway I suppose it does the same function, and it certainly 'Isolated' my battery

Not sure if there's any long term effects by not having a Battery powering the car inasmuch as Radio Codes, etc, but if it stops the inconvenience of finding the Battery flat when you east expect it, it'll be a job well done.

Btw, thought about the 'shelf fuse' idea, but concluded it would be easier to spin a 'big knob' then delve into the Fuse Box every time I left it for a while. If the car were newer/worth more I would consider doing more, but as its on its last year or two I'm happy just to keep it running

Tried fitting the Isolator to find it only fits to the narrower 'neg' terminal and not the 'pos' terminal, which I'm sure is different from before as I am now breaking the 'Earth' and not the supply

. Anyway I suppose it does the same function, and it certainly 'Isolated' my battery

Not sure if there's any long term effects by not having a Battery powering the car inasmuch as Radio Codes, etc, but if it stops the inconvenience of finding the Battery flat when you east expect it, it'll be a job well done.

I fitted a "big red key" about10 years ago. To the NEG terminal. It works fine to this day. A circuit is a circuit break = isolate.

I as you can see from my sig-line am 04-07. The code does exist I, it's unavailable to you in the BCM computer. Connect circuit and listen you will hear dozens of 'pings' on connection where the Pci BUS checks sensors/equipment/security and resets itself.

Well an interesting morning, after I raised the bonnet and tightened the isolated battery terminal, the alarm went off

. It didn't seem to matter what I pressed on the fob, or whether the battery was connected or not, it just wouldn't shut up

By taking the fuse cover off and pulling out the fuses and relays it eventually stopped when the pink '30A CENTRAL' fuse was pulled. With everything else back in place except the pink 30A it all seems to run OK now, so I don't know what else that fuse covers or whether having it permanently out has any other effects ?

Reconnect the battery, and put the key in the ignition all the way round (not trying to start) and eventually (a few seconds - seemed like ages) it recognised the key transponder. The LED light went out.

But if you have already had the key in, and the immobiliser light goes out, then sadly that probably won't work.

Just follow bignev sequence, but once it re-codes and works lock and unlock from key fob to remarry key fob to transponder. I would never trust any battery older than 36 months on any high-draw voyager. Best of luck.

Wow many thanks Guys

However what I was trying to ascertain was (because I have removed the 'pink 30A fuse'), what effect is there/will there be on the rest of the car if I were to carry on using it with the fuse permanently removed ?.

When I removed the Fuse (yesterday) to shut the Alarm up, the car started okay, I then went for a drive and it stopped and started okay, just been out now and it started okay, so it can't have anything to do with the immobiliser ?

BCM stores long/short term errors. If it's cleared the short term one you are probably ok. You can't clear long term without very expensive diagnostic anyway.

What I'd do is - with a charged battery is lock in normal way pull NEG cable for 20 min. Replace 30a fuse. Lock and unlock 3 times with FOB blipper. What happens with alarm ?

Option 1 - It's a PCi BUS no different to any computer. When the battery (computer) goes on again you will hear a series of clicks as it tests various differen relays etc. You 'should' then lock/unlock doors and start vehicle as usual as bignev suggests. Does it ?

Option 2 - It works already if it ain't broke don't fix it, leave it, suck it and see.

Option 2 - It works already if it ain't broke don't fix it, leave it, suck it and see.

Well, Option 2 is what I wanted to follow, but not if it's going to cause further problems down the line due to whatever that fuse protects/powers not getting its 12V.

If that (Pink) Fuse were to only cover the Alarm system then I'm very happy with no Alarm at all. Ideally does anyone know how to isolate/cut whatever wire/connector it is which powers the Alarm Horn ?. At least that way I can put the Fuse back and not worry that the Alarm will go off again if I disconnect the Battery for a long while.

Have you changed the radio/wiring from original Infiniti ?

So, to clarify, is that pink fuse in or out at the moment?

It's the whole route protection for all PCi and other instructions from the BCM isn't it ?, The IPM covers whole car and all its 'pings' commands are routed through it:

Interior lights of course when the key is in the ignition

The power seat is a stand alone plug in but the Eeprom instruct command is still via IPM protection, isn't it ?

Hiya @QinteQ , how are you keeping?

You definitely know more than me on that (but in my laziness I haven't looked up the diagram!

What I couldn't grasp, reading back over the post, was that @maxcaddy seems to indicate that

So I guessed it was out, but everything was working ok.

Apart from the alarm.

But then I kind if got lost on whether the fuse was in or out, and confused as to what, right now, the problem actually is?

@maxcaddy I get that there was the problem with the alarm / siren going off, but is that not doing it now?

I have definitely confused myself!!!!!

I'm confused too with alarm. I'm not clear if it was off/now working/ still off so still not sure about the blipper/wireless signal and alarm on/off hence the reason I said the word "marry" meaning the transponder/key fob/car protection might lose the handshake functions in the same way a button battery going flat would do. Locking/unlocking from blooper should re-marry and prove alarm/locking etc.

As for you and I were still here and kind of functional compared to some unfortunate others, poor sodds. I got my GOV SMS telling me to go lockdown about 7/8 weeks ago. Take care bignev bud.

(1)   In order to stop the battery discharging due to it standing and not being used, I bought a 'dis-connecting clamp' for the Battery.

(2)   That all worked fine for a couple of weeks (i.e. every time I was back home I disconnected it) until I left the car for about a week 'disconnected'.

(3)   As soon as I reconnected the Battery, the Alarm went off. It kept going off whether the Battery was connected or not, and whatever I did to the fob made no difference. By then as people were coming out their houses I started pulling fuses and relays until it stopped, which it did when the 'pink 30A fuse 'came out.

(4)   I then put all the fuses and relays back in (apart from the 'pink 30A') and the car started, stopped, i.e it ran okay (Hence Post 7 says "With everything else back in place except the pink 30A it all seems to run OK now"). However the words 'run OK now' is limited to the fact that the car works, to be honest I've not fully checked everything it can do, so there could be a 'feature' or two that isn't working (cos pink 30A isn't in).

(5).   Because 'modern' cars are so inter dependant on their electronics (i.e. the reversing lamp bulb blows so the compass stops working) I have the concern of what other damage I might be inadvertently causing by continuing to use the car with the pink 30A fuse missing.

(6)   It could be that if I now put that fuse back in everything would be fine, but so I don't piss off the neighbourhood with my alarm belting out I'd sooner leave it out unless, as I say, its going to cause further damage to the car further down on the line.

(7)   All this happening lead to my question as to is there a way I can 'silence' the alarm permanently (and then put the pink 30A back in).

Hopefully, you're now up to speed, or fallen asleep

For Mr Qinteq,  thanks for the links, I am going through them to see if I can ascertain what else that Fuse does, and to see if I can shut the Alarm up permanently, but it could take some time

Fitted 'big red key' decade ago, works + safe but only use looking for 'parasympathetic drain'.

Battery in general, or here.

"fob made no difference" - is only to marry the IPM/BCM/alarm/IGN switch to the fob/blipper, after the alarm is on and NOT going off

- alarm disabled is a nono

Original Infiniti ? question ? for the terrifying parasympathetic issue have you changed/messed with any wiring on your car ?


0 user(s) are reading this topic